and now it is Mount Buffalo in the air I can taste it I'm currently working to bring to life a collection of Bushfire poetry called Devil in the Wind - stories and voices - arising from our disastrous Black Saturday fires of 2009. February 2019 will see the 10th year commemoration. I'll talk and … END_OF_DOCUMENT_TOKEN_TO_BE_REPLACED

A. C. Flory figures out the way a star system works. With precision and diagrams.

I am blown away. Amazing work, Andrea.

Since starting to write the Suns of Vokhtah series again, I’ve tripped up on some unexpected hurdles, one of which is the effect the binary star system has on the day/night and seasonal changes as experienced on the planet.

I thought I’d worked it all out over five years ago, and I do have graphics to prove it, but as I looked at those graphics I realised that I couldn’t remember the thinking behind them: 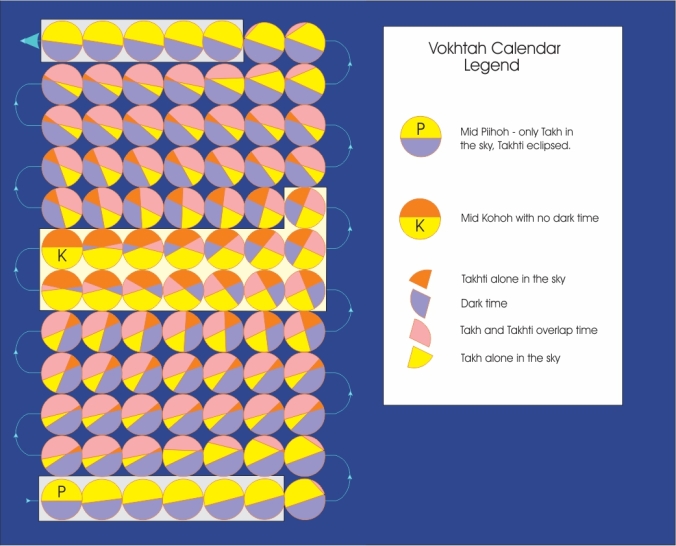 Was it actually right? I no longer knew. And it niggled so much I knew I had to go back and reinvent the wheel. So these are the earliest of the new graphics:

As you can see, the planet obits the G2 [yellow] star in an elliptical orbit which makes EVERYTHING so much harder. The lines connecting the centre of the star to the centre…

Just a little shout out for the Rainforest Writing Retreat, which I attended last May (2018). It's a live-in retreat in a simply magnificent setting, with a series of masterclasses and around 50 attendees maximum. I'm informed there are only a few places left so I thought I'd give a plug here, because I owe … END_OF_DOCUMENT_TOKEN_TO_BE_REPLACED